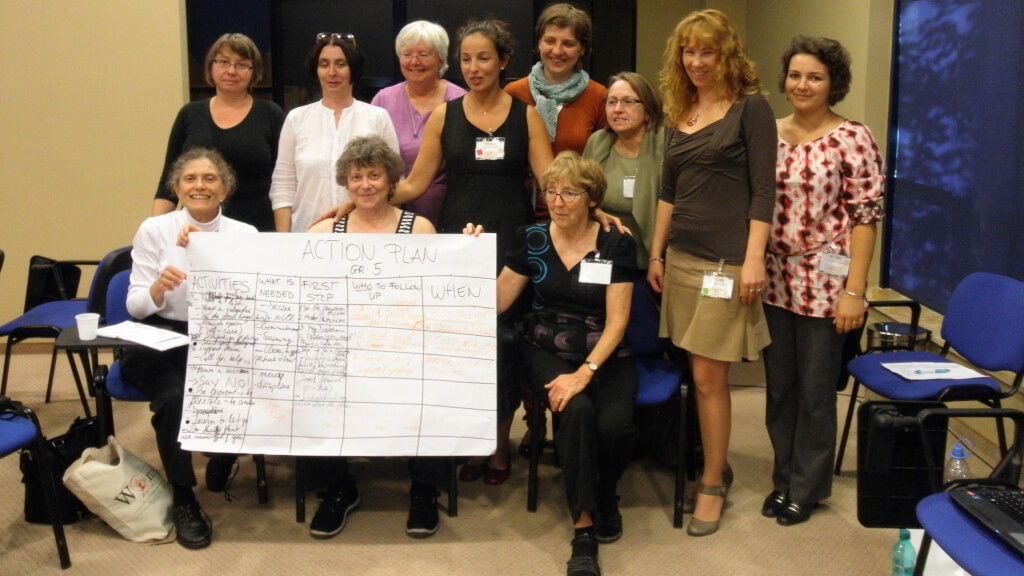 The Houston Convocation brought 600 women from 17 countries together, and a special collection at the event raised $10,000 for African projects. In 2012, a micro-loan program was launched in partnership with the African Rural Schools Foundation.  Over the course of 3 years, 54 women received business training and 40 borrowed funds to expand their businesses. In 2017, the project successfully migrated into local hands: the women organized themselves into a new community-based nonprofit (“Mutundwe Village Women’s Micro Finance Project”).

The Second International Convocation of U*U Women, whose attendance rivaled that of the Houston Convocation, took place in Marosvásárhely/Târgu Mureș, Romania in 2012. Local Unitarian women, inspired by the convocation, partnered with IWC to implement projects and programs to uplift and empower women in Transylvania, in the priority areas established at the Second Convocation.

A groundbreaking Leadership School for Unitarian women in Transylvania, initiated in 2014 and continuing today, has provided complex leadership training for more than 350 women.

Two Khasi women participated in the Second Convocation in Transylvania. These women and their colleagues at Seng Kynthei, the Women’s Wing of the North East India Unitarian Union, inspired by the Second Convocation and the success of the Transylvanian Leadership School, decided to partner with the IWC to implement a complex six-module leadership development program for Khasi women, funded by a UU Funding Program grant through IWC. Over 300 women were trained in this program in 2015 and 2016.

In 2015, IWC organized a gathering in Bolivia, bringing together 30 women from South America and 30 from around the world passionately interested in women's empowerment and response to climate change. A pilot leadership training program in Bolivia – identified as a key need at the 2015 Gathering – was implemented in 2019 with funds raised through an online crowd funding campaign. The program is now continuing, focusing on developing capacities for long-term success and strengthening grassroots women’s leadership.

In addition to leadership training, IWC actively pursues violence awareness and prevention programs in U*U communities around the world. Through UU Funding program grants and Faithify crowd funding, IWC has extended financial assistance to the UU Women’s Association of Philippines, UNOSZ (the Unitarian Women’s Association of Romania), and Seng Kynthei, in support of their violence prevention programs.

In 2017, over 230 people attended the Third Convocation in Monterey, CA, USA, reaffirming the commitment of the participants to work for women’s empowerment and fostering global community. Participants left with action steps and ideas they can implement in their own congregations and communities. Plans are now under way for a Fourth International U*U Women’s Convocation in 2024.